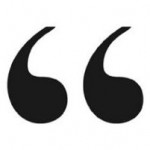 I attended the Catalyst One Day event in Chicago last week and had some great take aways that I am chewing on right now.  Today’s quote comes from Craig Groeschel as he talked about momentum, and busting barriers in people’s mindsets:

I was raised in a church culture that said the more ministries we had going the more successful we were.  Sometimes it even seemed like a goal was to add more and more things just to say that we were doing “such and such” a ministry.  All the while, we never evaluated (at least not honestly) the ministries we already had to see if we should continue doing them because they were being effective. I am convinced that many churches try to do so many things that they do not do anything as good as it can be done.

Basically, Craig was saying we can reach more by doing less… what do you think?

The site is experiencing technical difficulties.